With Joe Biden, who was elected the 46th President of the USA, taking office on January 20, the deterioration trend in US-European Union (EU) relations that accelerated during the Donald Trump era is expected to recover. However, it is unrealistic to expect the "transatlantic crack" to close quickly.

The leaders of the EU's core countries such as Germany and France are also very hopeful and willing in this regard. On the other hand, there is a very different atmosphere in the leadership of the right-wing populist movements, which are in power in Poland, Hungary and Slovenia, and in opposition in France and Italy.

These leaders, mainly pro-Trump, still did not congratulate Biden .

Behind the optimism shaped in the EU center are the memories of the warm relations during the Obama era and the thoughts in the article " Why America Must lead again " published in the March / April issue of Foreign Affaires magazine by Biden, who was the US Vice President during the Obama era .

Joe Biden accused Donald Trump of "belittling, weakening, and sometimes even abandoning the closest US allies" in this article.

Biden declared that the United States would return to the international agreements and responsibilities it had abandoned during Trump's term, that it was determined to act in coordination with its allies, not by imposing or unilateral policies, to lead by example, to the rise of China, to disrupt the international order, to human rights. He wrote that he wanted to create a front of democratic countries, especially the EU, against violating authoritarian regimes.

Leaders of core countries in the EU understand from these approaches of Biden that the US intends to return to the climate crisis agreement, the World Health Organization, the nuclear weapons blocking agreement with Iran, and they expect the relations between the US and the EU to gradually strengthen. 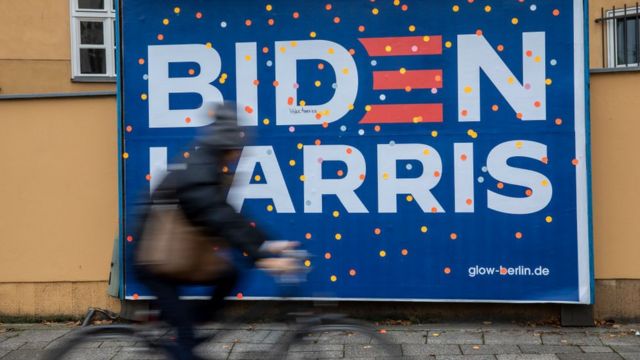 "Europe and America need a new transatlantic consensus that can adapt their partnership to global upheavals and the depth of their ties," French Foreign Minister Jean-Yves Le Drian and German Foreign Minister Heiko Maas wrote in the Washington Post.

On the other hand, taking into account the complexity of the problems between the two sides of the Atlantic and within the EU, some commentators, as Julien Necotti (Institue Français des relations Internationales-IFRI) warned in his comment in Le Monde, "There was a significant shift in American foreign policy during the Biden period. They think that "should not" wait, "that the US will first of all defend its international interests," which may not always be in line with EU interests.

On the other hand, European Council on Foreign Relations President Mark Leonard believes that the assumption that the US will return to the leadership of the international liberal order and Europe to its role in supporting it through diplomacy and soft power is actually a "mirage".

According to Mark Leonard, "The Iraq war debacle, the Great Recession, the Covid-19 pandemic have weakened the US desire to remain the world's police."

Leonard, United States "internal rotation" space opened by the trend in the past four years, China, Russia, Turkey, Iran, Saudi Arabia, Israel, the United Arab that begins to fill the power, such as Emirates, most of the global governance architecture in China and other powers into the "extortion "European Atlanticists are reluctant to pursue policies that are still on their own feet, desiring not to offend the United States," he complains.

From Leonard's comment, it is understood that there are two main approaches in the European Union in the context of "transatlantic relations". Those who desire the continuation of the security problems in their relations with the USA, mainly under the umbrella and initiative of the USA, and those who are in favor of strengthening the EU's sovereignty to build a "strategic autonomy" by taking advantage of the inward trend of the USA.

This second segment, which Leonard deserves, believes that "Transatlantic relations" should be transformed, not restored. They think that the strategic priorities of the USA have begun to shift towards the Indo-China sea basin in the context of financial military power, "The USA does not want to waste its energy on the endless problems of Europe, especially the Middle East".

According to the "transformative" approach, if Biden wants to strengthen US-European relations, it should push the EU to stand on its own feet. If this happens, the US and the EU will pragmatically manage the differences between the US and the EU on issues such as "data privacy", energy policy and even global trade, even if they do not fully agree, and the EU will certainly stand by the US in matters based on universal values.

Indeed, there are important economic and geo-strategic issues between the US and the EU that need to be carefully managed. These include: transatlantic trade relations, defense spending, organization of the activities of giant technology companies, cooperation with the United States in economic military and technological competition issues with China and Russia, ensuring Iran complies with the nuclear agreement, cooperation for measures to be taken against the climate crisis, and even the problem of migrants It is possible to sort as.

In almost all of these issues, there are both common points and different interests between the two sides. For example, as many observers point out, the data privacy of GAFAM (Google, Apple, Facebook, Amazon and Microsoft), which is strategically important to the US, often gets into trouble with EU laws in the context of tax issues and monopolistic markets.

The EU wants to monitor and tax effectively GAFAM's activities in Europe that contradict the "monopoly" laws. As the EU insists on this, it tries to retaliate in critical areas within the US transatlantic trade, including the automotive industry.

When it comes to technological competition, another important issue arises from the attempts of the USA to remove Chinese companies from the digital networks of the USA in the context of the "Clean Network Program". 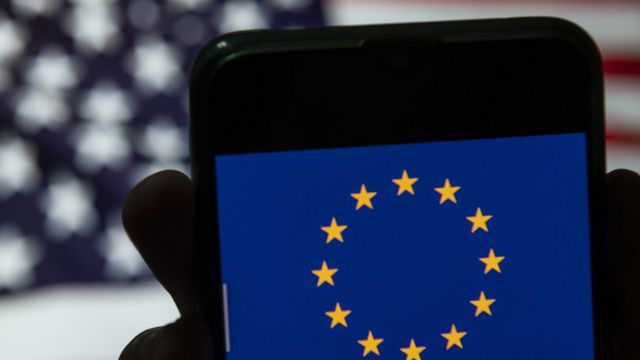 This initiative raises the possibilities of Internet fragmentation. The meaning and future of the D-10 (10 democratic state alliance) proposed by US Secretary of State Mike Pompeo is unclear, although Biden says similar things. Adding to this uncertainty the ongoing debates and competition over the 5G digital communication technology system increases the possibility for Europe to be dominated by the US digital domains.

Some approaches in the EU think that an agreement can be reached with China on 5G, and that China, which has become an important market and financial resource, should not be completely excluded. For the United States, which sees China as a strategic rival, such tendencies of the EU are perceived as "unacceptable" for now. There is no reason yet to expect Biden to take a different stance.

The USA does not welcome the relations that the EU has developed with Russia in the field of energy supply, nor the "North Stream" pipeline project. The USA is pressuring Germany to give up this project.

The US administration also announced additional sanctions against insurance companies working with the project earlier this month to prevent the project. Deutsche Welle states that the German administration sees these pressures of the USA as interfering with the internal affairs of the country and has reported its discontent to the US foreign affairs.

The EU's "strategic autonomy" project requires increasing defense spending and building a security architecture unique to the EU. While the USA shifts its resources to the Far East, it wants the USA to reduce its burden in Europe by increasing its military spending in the context of NATO and Eastern Europe. In this context, it is envisaged that EU countries will increase their military spending to 2% of their gross domestic product (GDP).

However, in an environment of economic crisis and pandemic, EU countries are more reluctant than ever to increase their defense spending. For example, Germany hopes to reach 2% by 2030 in the best conditions. Nevertheless, it is reported that the German defense officials want to increase their military activities in the EU, and the EU to have naval power in the China Sea in addition to the US freezing.

In the context of reducing the burden of providing security in Europe, Le Drian and Maas emphasize that the EU is fulfilling its security responsibilities in its close geography, and in this context, it is increasing their activities in the Gulf region from Africa to the Mediterranean, Near and Middle East. They say, "This is the way we will follow."

How will both "this path" and "strategic autonomy" aspirations in the EU be compatible and contradict with Biden's plan to restore the US leadership and the US-based world order? This contradiction between the EU and harmony, how to regulate its relations with China and Russia? It is difficult to answer these questions.

In the Biden era, the US-EU relations may be pulled to a more positive ground compared to the Trump era, but it would not be realistic to expect these relations to return to the order of their former "harmonious" period and the "transatlantic rift" to rapidly begin to close.