Coronavirus: Year-long waits for hospital care in England worst since 2008

Coronavirus: Year-long waits for hospital care in England worst since 2008

The number of people waiting over a year for hospital treatment in England has hit its highest levels since 2008.

Patients are meant to be seen within 18 weeks - but nearly 140,000 of the 4.35 million on the waiting list at the end of September had waited over a year.

The number waiting 12 months or more has increased sharply this year - the figure in February was just 1,600.

Surgeons said it was "tragic" patients were being left in pain while they waited for treatment.

And others warned the situation could become even worse during winter with the NHS seeing rising numbers of Covid patients.

In recent weeks, major hospitals in Bradford, Leeds, Nottingham, Birmingham and Liverpool, which have seen high rates of infection, have announced the mass cancellation of non-urgent work. 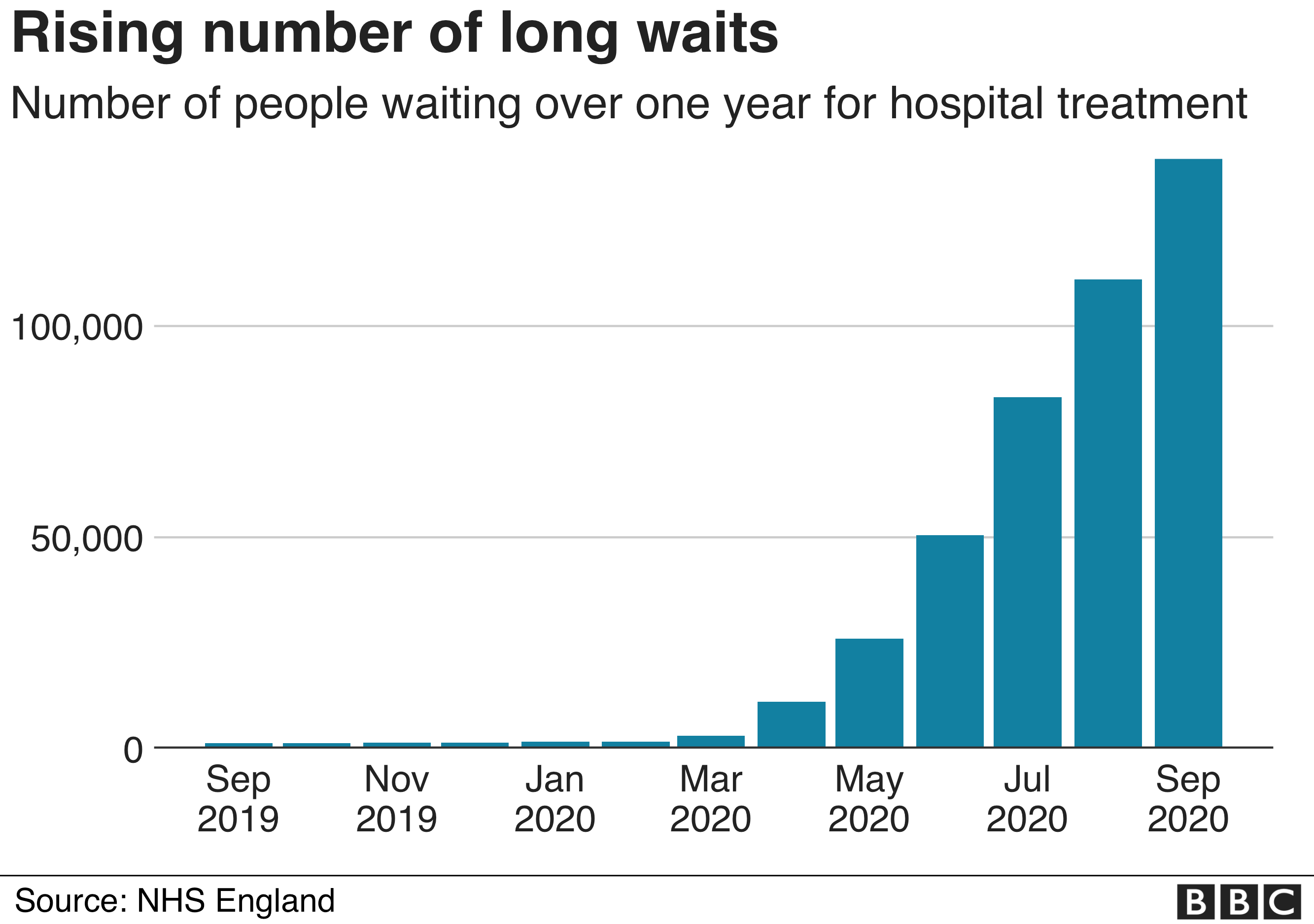